Joined Sep 26, 2018
·
1,433 Posts
I sang in a few amateur choirs and choral groups back in the 1960/70s before smoking had an adverse effect on the voice and breathing.
I'm surprised there does not seem to be much mention of madrigals & similar works on TC yet there are quite a few sacred choral works featured.
This thread will hopefully go some way to give this lesser known genre some exposure.

Here's a selection to start with, a few may be familiar as folk songs. 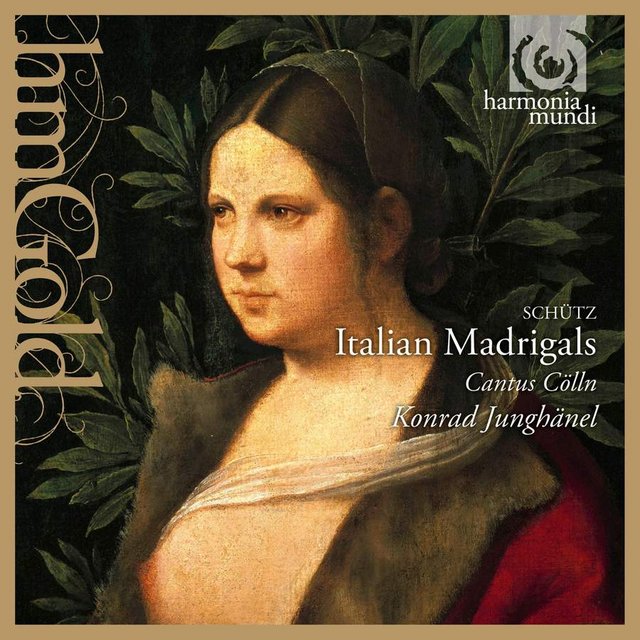 This is a great one, fabulous recorded also .
A

Joined Feb 8, 2020
·
63 Posts
I found singing madrigals in a small group a much more satisfying experience than singing oratorios in a choir.

Among English language madrigals, those of John Wilbye seemed to me the most beautiful and subtle. They were bliss to sing. In addition to those represented on Dorset Mike's list I suggest, for starters:

Joined Oct 9, 2017
·
663 Posts
Gavin Bryars has written many fine madrigals, including this beautiful piece for 8 voices from Book 4 set to the poetry of Petrarch.

Joined Nov 7, 2017
·
1,508 Posts
When I think of the art of the madrigal, I first think of Italy during the late Renaissance, & more specifically the music of Carlo Gesualdo & Claudio Monteverdi. Although some of my favorite madrigals were composed by the Flemish composer Orlando di Lasso, or Lassus, as well. For example, I especially like the madrigals that Lassus set to poems by the Italian poet, Francesco Petrarca, or Petrarch, on the following CD from the Orlando di Lasso Ensemble, Hannover:


1. Here's the full CD:
Evidently, Lassus liked to compose cycles of madrigals. Another example would be his celebrated collection of 20 spiritual madrigali (with one concluding motet), entitled, "Lagrime di San Pietro", or "The Tears of Saint Peter ", which forms such a cycle. It was composed to texts by Luigi Tansillo, & is widely regarded as one of the masterpieces of the late Renaissance. It was also Lassus's final composition, written several weeks before he died in 1594; hence, the composer likely had death on his mind during its composition.

2. Here are links to my 5 favorite recordings of this late Renaissance master work:

--La Capella Ducale, led by Livio Picotti (with instruments):
3. I similarly enjoy listening to the 6 books of madrigals by Carlos Gesualdo, & consider them to contain some of the most imaginatively written madrigals in the history of music. There have been three fine recordings of the complete six books, from (1) Marco Longhini & Delitiæ Musicæ, on Naxos, (2) The Kassiopeia Quintet, on Globe, and (3) La Venexiana, on Glossa; as well as various first rate recordings of the books individually: such as a Book 5 performed by The Consort of Musicke, led by Anthony Rooley, on L'Oiseau Lyre, and a Book 6, performed by Il Complesso Barocco, led by Alan Curtis, on Pan Classics (recently reissued by Glossa), and another Book 6 by La Compagnia del Madrigale, likewise on Glossa. There is, as well, a current ongoing cycle in progress from Paul Agnew & Les Arts Florissants, but I've not heard any of it.

Speaking of Les Arts Florissants, I'd be remiss not to additionally mention a fine recording that William Christie made of 17 selected madrigals from Books 3, 4, & 5 with this same group back in the 1980s for Harmonia Mundi:

I especially like Book 6, as sung by Il Complesso Barocco, led by Alan Curtis: Which is another one of my favorite madrigal recordings. For me, this book contains some of Gesualdo's most fascinating, & original harmonic writing or chromatic language, & Curtis's performances are exceptional. & as noted, fortunately the Glossa label has recently reissued this formerly OOP CD in 2021:


--Here's the full CD:
I don't know if everyone will agree with me that Curtis's recording of Book 6 is one of the best on record. He certainly has some stiff competition here. But I will say that Book 6 itself, IMO, represents one of the high points of the genre, & I'd consider it to be essential listening for anyone interested in the art of the madrigal +/or music of the late Renaissance.

Finally, I've also enjoyed a terrific recording by Le Poeme Harmonique, led by Vincent Dumestre, entitled "Nova Metamorfosi", where the secular madrigals of Monteverdi, Cappini, & Ruffo have been fitted with alternative sacred texts, in an effort by the Catholic authorities at the time to reform what the church viewed as the excesses & corruption of the late Renaissance, which was in decline. The performances themselves are out of this world, indeed this CD offers some of the finest madrigal singing I've heard on record. So, it's another one of my favorite madrigal recordings:


I'll try to write a future post on some of my favorite motets, as well, at a later date... Although anyone who has read my posts before on this subject will already know that my favorite motets in music history were composed by Machaut, De Vitry, Ciconia, Dufay, Dunstable, Ockeghem, Josquin, Mouton, Lassus, Striggio, Tallis, Sheppard, & Byrd (along with several others, too).
1 - 10 of 10 Posts
Join the discussion
Continue with Facebook
Continue with Google
or sign up with email
About this Discussion
9 Replies
9 Participants
Last post:
Josquin13 6 mo ago
Classical Music Forum
A forum community dedicated to classical music musicians and enthusiasts. Come join the discussion about arrangements, collections, techniques, instruments, styles, reviews, classifieds, and more!
Full Forum Listing
Explore Our Forums
Classical Music Discussion Off Topic Pub Classical Music Discussion Polls Opera Non-Classical Music
Recommended Communities