AndorFoldes said:
Yes! So happy that this series is back.
Click to expand...

I was taking a break and listening to a lot of other stuff, but yes, it's back

Review: This recording starts out brisk, but by the 3rd and 4th movements becomes quite stately and slow, though not in a bad way by any means. The playing is at a high level. The acoustic of the Boston hall and the recording technology lend this a rather dry and crispy feel, with a mild amount of tape hiss. But there is good detail and a fair amount of low end energy (though not as much as more advanced recordings).

I own four other renditions of this symphony - Karajan's 3 DG pressings and one by Michael Pletnev and the Russian National Orchestra. Pletnev is the fastest throughout; Karajan is slower in the first 2 movements and faster in the last 2; this is the reverse of Karajan's take. Sonically this does beat the Pletnev (recorded digitally in 1995) and probably ties with Karajan's 60s account with BPO. Karajan's 70s (analog with BPO) and 80s (digitally with VPO) accounts win the sound quality competition. If this were your only Tchaikovsky 6, you wouldn't be suffering too badly. It's a very credible account with a good level of emotional weight. But for my money Karajan 70s or 80s are the way to go as all-round mixes of playing and technical excellence.

Review: Well. This is more Sousa than you can shake a stick at. As such, it has a certain charm but is mostly insipid and repetitive. By far my favorite tracks on this album were Gould's own compositions, especially Fourth of July and Jericho.

Now, with that said, the sound here is mostly pretty good. I do think it starts to strain the capabilities of the recording technology when there is a lot of brass and percussion happening at once (which is reasonably frequent, given the title) but overall there is a nice stereo image and It's pretty enjoyable on good equipment. I imagine this was a big hit in the 60s when it premiered on vinyl.

Joined Dec 25, 2015
·
3,388 Posts
I have all but one of the Living Stereo SACD series. If I had known the series would at the point it did I would have picked up the Mario Lanza disc to complete the set. (I refuse to pay a premium for it.)

Haven’t read every post, but has anyone heard any of the Analogue Productions Living Stereo releases? Also dual layer SACDs. A good deal of overlap with the BMG/Sony set, but also some other works. The AP only contain a single album of music. And they’re $30 bucks. So I haven’t convinced myself to pull the trigger.

Review: To call this recording a classic is to probably do it a disservice. We are presented with three masterful renditions of violin concertos, with the famous Sibelius being the highlight. Despite being captured in three different orchestra halls, all three recordings are top shelf in terms of sonics, matching even my modern example of the Sibelius piece, of which I have three. I was particularly impressed by the first two recordings, which makes sense given RCA's demonstrated ability at capturing sound in those venues. There is some really nicely layered orchestral sound from Chicago in particular, with some nice contrabass. Heifetz plays wonderfully, even at brisk tempii, with both great technical skill as well as emotional performance.

My other two Sibelius concertos are HVK/BPO/Christian Ferras and Thomas Dausgaard/Danish National Symphony/Christian Tetzlaff. I think I like Ferras the best as soloist, but it's not a runaway by any means, Heifetz is right there. RCA's Heifetz recording has better sound than DG's Ferras. There is more tape hiss and the Jesus Christus Kirche is a bit too reverberant. The Tetzlaff recording by Erato has the most modern sound, but it lacks a bit in the excitement - it all feels a bit remote.

Basically, you can't go wrong with this compilation. I think it's pretty close to a "must own."

MatthewWeflen said:
Basically, you can't go wrong with this compilation. I think it's pretty close to a "must own."
Click to expand...

Just bought it for a quarter at the local library sale. Now I feel even better about my purchase.

amfortas said:
Just bought it for a quarter at the local library sale. Now I feel even better about my purchase.
Click to expand...

Yeah, that's a pretty good return on investment in terms of pleasure:cost.

Joined Feb 15, 2013
·
526 Posts
I've been slammed for stating this; but RCA's "Living Stereo" was no more than an advertising slogan and had nothing to do with recording technology.-- unlike, for example, Mercury's "Living Pesence", which did describe a recording philosophy. It was slapped arbitrarily on RCA record jackets to boost sales.

Exhibit One was this L.P.: 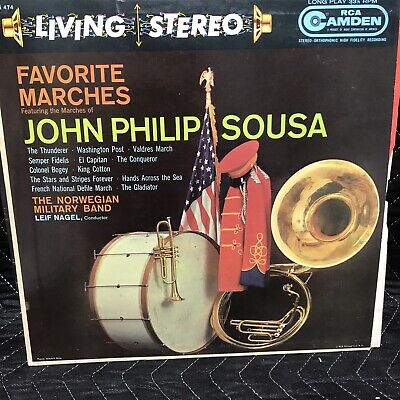 I'm not criticising RCA recording engineering quality-- it was routinely more engaging than rival Columbia's. I just believe the slogan signified nothing.

Review: This was very engaging, and in spots the orchestral sound is really awesome, such as the Dies irae and the Rex tremendae. With that said, some other portions of the recording felt on the verge of "shattering" during the climaxes, such as near the end of the Lacrymosa. All in all, though, this was a pretty involving listen and I don't have a problem recommending it as an introduction to the piece.

NoCoPilot said:
I don't know whether "Living Stereo" is supposed to be any better that "Phase 4 Stereo" or not.
Click to expand...

They have very different recording philosophies. In general, Living Stereo recordings involved just a few microphones, which at its best (e.g., the Boston Symphony recordings) gave a realistic-sounding image of an orchestra in a hall. In contrast, Phase 4 involved many microphones ("spot-miking"), which caused single instruments (such as a clarinet solo) to sound just as loud as a full orchestra. I much prefer the Living Stereo method; the only Phase 4 recording I've kept around is the Stokowski/LSO Scheherazade, and only because I love the performance enough to overlook the multi-miking.
H

perdido34 said:
They have very different recording philosophies. In general, Living Stereo recordings involved just a few microphones, which at its best (e.g., the Boston Symphony recordings) gave a realistic-sounding image of an orchestra in a hall. In contrast, Phase 4 involved many microphones ("spot-miking"), which caused single instruments (such as a clarinet solo) to sound just as loud as a full orchestra. I much prefer the Living Stereo method; the only Phase 4 recording I've kept around is the Stokowski/LSO Scheherazade, and only because I love the performance enough to overlook the multi-miking.
Click to expand...

Joined Mar 8, 2021
·
2,133 Posts
That Berlioz requiem isn't my favorite - I like a little more hysteria in the Lacrymosa - but it has the best tenor for the Sanctus. Never heard anyone come as close to it as Simoneu does.
81 - 93 of 93 Posts
Join the discussion
Continue with Facebook
Continue with Google
or sign up with email
About this Discussion
92 Replies
23 Participants
Last post:
fbjim 3 mo ago
Classical Music Forum
A forum community dedicated to classical music musicians and enthusiasts. Come join the discussion about arrangements, collections, techniques, instruments, styles, reviews, classifieds, and more!
Full Forum Listing
Explore Our Forums
Classical Music Discussion Off Topic Pub Classical Music Discussion Polls Opera Non-Classical Music
Recommended Communities