Malx said:
That must be the US cover!
Click to expand...

That's the cover for the standard CD remaster from 2001. The special editions including Mobile Fidelity, and the expanded Deluxe Edition use the girl cover.
A

It was released 3 years after his death

Malx said:
That must be the US cover!
Click to expand...

The story behind the cover is nothing less than skeevy -

The cover art was created by Bob Seidemann, a friend and former flatmate of Clapton, who is primarily known for his photos of Janis Joplin and the Grateful Dead. In the mid-1990s, in an advertising circular intended to help sell lithographic reprints of the famous album cover, he explained his thinking behind the image.

I could not get my hands on the image until out of the mist a concept began to emerge. To symbolize the achievement of human creativity and its expression through technology a spaceship was the material object. To carry this new spore into the universe, innocence would be the ideal bearer, a young girl, a girl as young as Shakespeare's Juliet. The spaceship would be the fruit of the tree of knowledge and the girl, the fruit of the tree of life. The spaceship would be made by Mick Milligan, a jeweller at the Royal College of Art. The girl was another matter. If she were too old it would be cheesecake, too young and it would be nothing. The beginning of the transition from girl to woman, that is what I was after. That temporal point, that singular flare of radiant innocence. Where is that girl?
Click to expand...

Seidemann wrote that he approached a girl, reported to be 14 years old, on the London Underground, asking her to model for the cover. He eventually met her parents, but she proved to be too old for the effect he wanted. Instead, the model he used was her younger sister, Mariora Goschen, who was reported to be 11 years old. Goschen recalled that she was coerced into posing for the picture. "My sister said, 'They’ll give you a young horse. Do it!'" She was instead paid £40.
The image, which Seidemann titled "Blind Faith", became the inspiration for the name of the band itself, which had been unnamed when the artwork was commissioned. According to Seidemann: "It was Eric who elected to not print the name of the band on the cover. The name was instead printed on the wrapper, when the wrapper came off, so did the type." That had been done previously for several other albums.
In America, Atco Records used a cover based on elements from a flyer for the band's Hyde Park concert of 7 June 1969.

The second and third tracks from Dylan’s Highway 61 Revisited. Tombstone Blues is a knee-boppin’ uptempo Hillbilly tune with a stream-of-consciousness set of lyrics invoking Beethoven, Ma Rainey, John the Baptist, Jack the Ripper and some other anachronistic (and likely metaphorical) characters.

There are some occasional flashes of brilliance from Mike Bloomberg’s lead guitar.

Again dipping into the Hip Hop pond, and again listening to music from a man with a repulsive public persona.

All the songs are like a grocery list of songwriters, probably partly due to the use of “samples”

And the song isn’t bad, with West using melody as a compositional element.

Not as enjoyable as the previous track, mostly ‘cause I’m still, after all these years, not a fan of talking in rhythm over a repetitive backing track. West throws around the N-word, the F-bomb, and a smattering of other curse words and even a reference to his “black balls”. Like I’d want to hear about this kind of crap.

Even the album cover has to be pixilated on most platforms due to the pornographic nature of the artwork.

This one cracks me due to its sampling of King Crimson’s 21st Century Schizoid Man. I mean, yeah, cool.

And a dive into the Punk pond with the third album from The Clash, 1979’s London Calling. But is this really Punk? The Punk aspects seem to be tempered with some garage rock and New Wave. It’s far more polished than I’d have expected. Well, the vocals from frontman Joe Strummer are somewhat sneery, but even those seem a bit more polished than other Punk groups of the time.

This is considered one of the most influential albums of all time.

A straight-ahead cover of a tune originally released by Vince Taylor and his Playboys way back in 1959, so it has a rockabilly vibe to it.

And the third track an uptempo Blues track with a full-blown 1950s swing vibe, including some obligatory 1950s saxophone.

The album cover is now also considered to be “iconic”. That’s bassist Paul Simonon smashing his Fender Precision Bass on the stage in frustration that the bouncers wouldn’t let the audience stand up out of their seats.

This is just prelude-type track that leads off It Takes A Nation Of Millions To Hold Us Back , the second album from Public Enemy.

This is considered one of the most influential albums of all time.

I get that I’m not the target audience here. There’s a certain amount of Black empowerment embedded in the lyrics. I get that. I’m excluded from the visceral message that many Rappers and Hip Hop artists are delivering. I’m okay with that.

I’m just surprised that I’ve got both Kanye West and Public Enemy on this particular playlist, and I’m enjoying the tracks.

The second track off that album is quite the party track, with fun DJ noises sprinkled throughout. The track also contains numerous samples from a diverse host of artists, including James Brown, the Commodores, and Funkadelic.

The lyrics also have a notable metrical complexity, making extensive use of meters such as dactylic hexameter.

I went ahead and previewed the third track as long as I was here, and the lyrics have a remarkable cleverness, especially the use of humor as a tool. 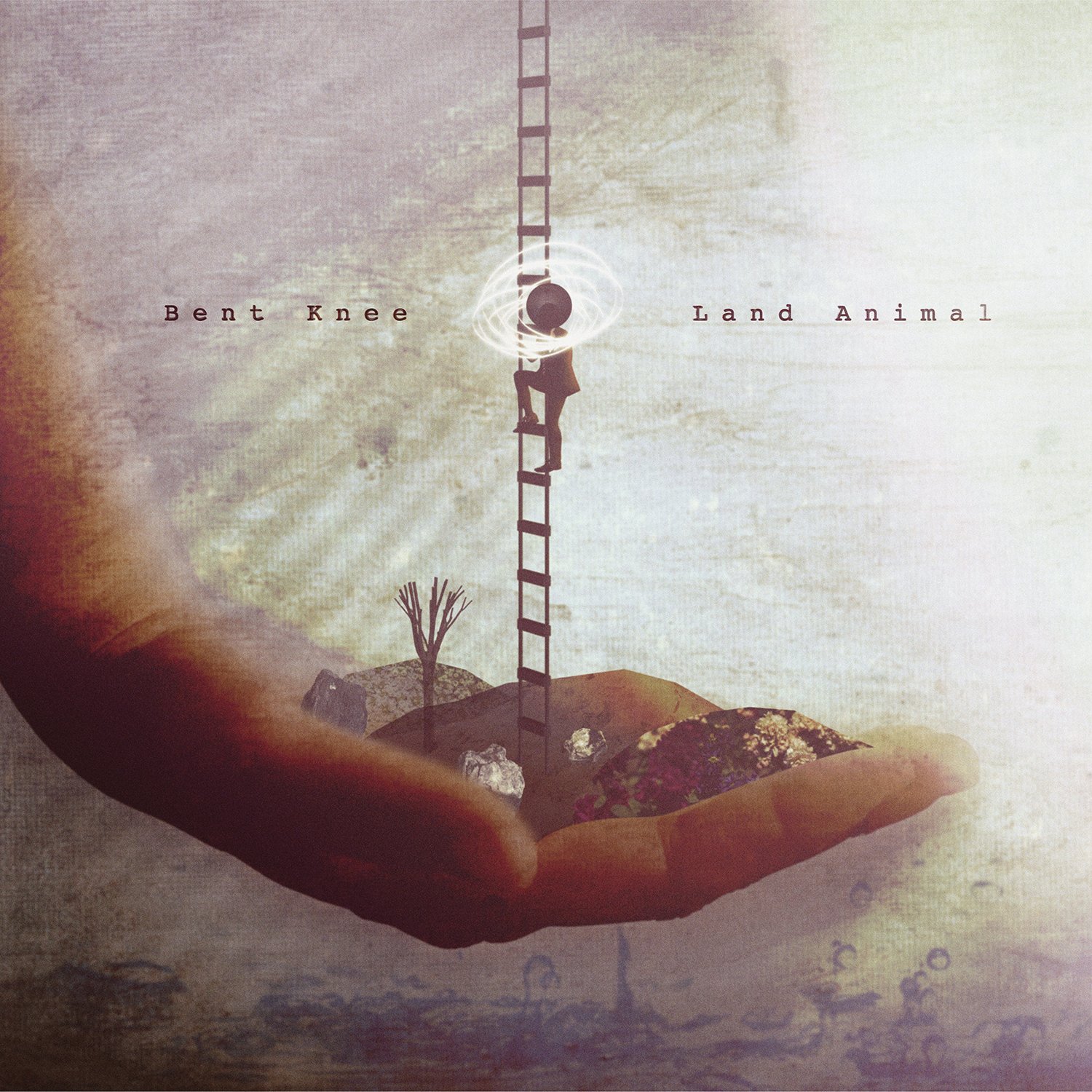 This is their fourth studio album - I love the previous two that I played for the first (and second and third) time the past few weeks. Third spin for this one. Very good, borderline excellent. A fourth spin it is then some time next week. 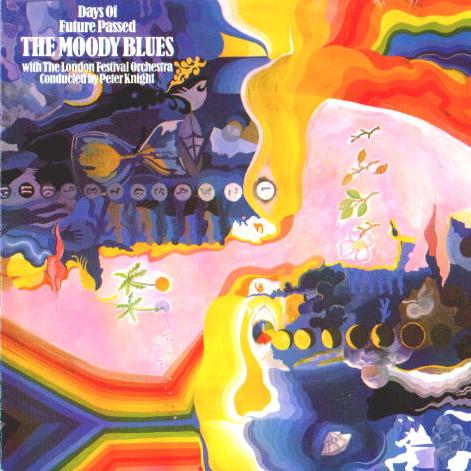 Yes, I love Tatiana Eva-Marie's vocal on this.
A

pianozach said:
Yes, I love Tatiana Eva-Marie's vocal on this.
Click to expand...

I discovered this today on Youtube. The name Anouk Aimee was written on Youtube, which is confusing. I thought this was old.

atsizat said:
I discovered this today on Youtube. The name Anouk Aimee was written on Youtube, which is confusing. I thought this was old.
Click to expand...

Yeah, the YouTuber that made the video was making a video tribute TO Anouk Aimee, even though there may or may not even be any link between the song and the celebrity. The title makes it sound as though it's a song from Anouk Aimee. The Youtuber also added that clever Rachmaninoff introduction.

They describe themselves as "Their music is a mix of French pop, jazz Manouche, Gypsy folklore, and American swing inspired by the 1930s Parisian jazz scene. They are based in Brooklyn, NY."

She does really channel that style perfectly.


But the audio is a great find. I'd not heard of her before this, and love their work.


While these videos give the appearance of being live performances, I think they may be lipsynched videos. Or maybe not.

Here's one that is certainly live, so they can do this for real.

Chicago (ex-Dublin)
Joined Dec 31, 2020
·
2,877 Posts
I've been a fan for years - This Charles Trenet tune is superbly well done - vibrant vocals paired with a round of really first-rate soloing done by each member in turn- There's a very nice Grappelli-like violin solo that merits being heard.

This video has been viewed almost 7 million times - Not too shabby a result for this type of music.

The new 8 disc box is out but I'm sticking with the double CD.

The new 8 disc box is out but I'm sticking with the double CD.
Click to expand...

I don't know how I managed to miss out on these folks, but they are a really good listen, a little funk, a little soul, a little blues, a little country. Nice choice!
26541 - 26560 of 26605 Posts
Join the discussion
Continue with Facebook
Continue with Google
or sign up with email
About this Discussion
26.6K Replies
740 Participants
Last post:
pmsummer 9 h ago
Classical Music Forum
A forum community dedicated to classical music musicians and enthusiasts. Come join the discussion about arrangements, collections, techniques, instruments, styles, reviews, classifieds, and more!
Full Forum Listing
Explore Our Forums
Classical Music Discussion Off Topic Pub Classical Music Discussion Polls Opera Non-Classical Music
Recommended Communities