Where to start in sacred music?

Emperor of the North

Joined 5 mo ago
·
11 Posts
There are lots of great sacred works from chant to nearly operatic orchestrations by many great composers. One of my favorites, at least as far as composers go, is Luigi Cherubini. I find his Masses to be highly enjoyable. I have a set on EMI conducted by Richard Muti and Neville Marriner bought off of Amazon. A 7-disc set for less than $30 that has gotten quite a bit of play at home, at work, and in the car.

Ariasexta said:
Bach cantatas are varied in styles and individual pieces in numbers, so probably no one can be sure which to recommend. ...
Click to expand...

Nice suggestion! Never heard of this Austrian composer. Would be good if you could recommend something like this but in English language.

mr bob said:
Nice suggestion! Never heard of this Austrian composer. Would be good if you could recommend something like this but in English language.
Click to expand...

Where to start in sacred music?
Click to expand...

First thought: This depends from your preferences with classical music.

If you're into baroque music, Messiah or Christmas Oratorio could be obvious recommendations. But Monteverdi's Vespers and Biber's Missa Salisburgensis (= the obvious predecessor of Mahler 8 ) could be worth a try.

If Beethoven is your favorite, the Missa Solemnis. (The Mass in C major isn't too bad.)


Ariasexta said:
Bach cantatas are varied in styles and individual pieces in numbers, so probably no one can be sure which to recommend. Me too, I would always recommend large scale pieces like masses or Te Deum of Marc Charpentier.
Click to expand...

Oh, that's no so difficult. Just listen to all cantatas several times, and you have a good overview. 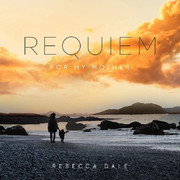 If you like modern composers, this is a must have.
M

I think yes, thanks. Despite I don't usually like funeral theme. But, on the first listen, the composition is beautiful. Will listen again. I'm open to further suggestions (for pure choir), if length is not longer than 8-10 minutes The problem for me is that some pieces are quite long, often with about 3 large parts, like "La Messe de Nostre Dame" which is 28 min. long.
41 - 50 of 50 Posts
Join the discussion
Continue with Facebook
Continue with Google
or sign up with email
About this Discussion
49 Replies
26 Participants
Last post:
mr bob 4 mo ago
Classical Music Forum
A forum community dedicated to classical music musicians and enthusiasts. Come join the discussion about arrangements, collections, techniques, instruments, styles, reviews, classifieds, and more!
Full Forum Listing
Explore Our Forums
Classical Music Discussion Off Topic Pub Classical Music Discussion Polls Opera Non-Classical Music
Recommended Communities